Elementitis has to do with learning the elements of a discipline without seeing the big picture. Elementitis prevents students from understanding what is the purpose of the topic considered, rising their levels of frustration, apathy, and boredom. This disease is widely spread across the world when it comes to learning some important subjects, such as math. Students spend literally years learning topics in algebra, calculus, or statistics without immediately seeing their application. Imagine a cooking school where cooks-to-be learn how to bake doughs for years without even mention the word “pie”. It would be non-sense. But that is exactly what occurs in the math realm. High school students learn how to multiply or invert matrices, but they have no idea what matrices are for. When teaching foreign languages, some schools start teaching the elements of writing, grammar, and even style, without really practising oral skills. What is the point of doing this? I have seen hundreds of students able to understand something written in a foreign language, but totally incapable to actually speak more than a few sentences in such a language. My favourite example is how some teachers make (or pretend to make) their students learn English irregular verbs. Students have to learn by heart an endless list of verbs with three columns, such as eat-ate-eaten. Can there be a worse way to teach irregular verbs? This awful method is also applied to phrasal verbs, vocabulary, and so on. Unfortunately, math and languages are not the only examples of subjects infected with elementitis. History, chemistry, physics, or literature, to name a few more, could have been used as examples as well. 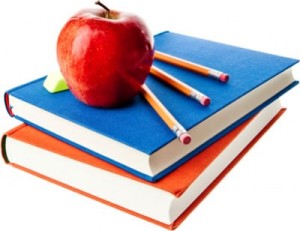 At the opposite end of the spectrum, programming applications such a Scratch from MIT give immediate feedback to programmers and a rewarding sense of utility. It is not a coincidence that Scratch has become so popular among young students. Scratch philosophy is in line with Perkins’ recommendation to avoid elementitis, namely start by playing a simple version of the whole game from the very beginning. As mentioned, this is easier said than done, but the point is there: innovation is needed to extrapolate the philosophy of Scratch to other spheres.

Aboutitis is related to the inability of students to learn a specific subject in full. There are so many subjects to learn and time is so limited, that teachers cannot go deep into any subject, they content themselves with scratching the surface. As a result, students are able to recognize the topics (“I have seen this before”, “that rings a bell”) but have not really grasped the rewarding deep insights that were awaiting them one or two steps further. Aboutitis prevents students from continuing learning on their own based on the knowledge acquired in the classroom. The building blocks on which their knowledge is based are not solid, but slippery. Sadly enough, aboutitis leads to covering the same topics again and again year after year at school, which again entails ample boredom and frustration. From my own experience, I can tell that my children, when learning English as a foreign language, have “learnt” the difference between present simple and present continuous for seven or eight consecutive years each.

Being aware of the existence of the two diseases, elementitis and aboutitis, is the first step to coming up with new, disruptive ways of teaching and learning. This transformation should occur at two levels. First, teachers in the classroom should try to teach fewer topics better and give an immediate sense of usefulness trough simple examples or experiences. Second, when designing an educational path, the whole body of knowledge to be taught should be split differently and coordinated in such a way that these two diseases are avoided. As I said, easier said than done, but for sure it is worth trying.