The crisis forces us to establish priorities when deciding what to do with public money. ZLC is one of the most promising bets to achieve economic growth.

Original article is aquí (in Spanish)

The years of economic bonanza drew many public and semipublic initiatives to our region geared to incentivizing economic growth in the region. Aramón, walqa, and Motorland are all examples of initiatives of this kind. In the university realm, the existing infrastructure was extended to create new campuses in Huesca and Teruel. Lastly, as a result of an agreed commitment to logistics, given our region’s potential in this industry, we witnessed the creation of PLAZA—with its younger brothers PLHUS and Platea—on the one hand, and the establishment of Zaragoza Logistics Center (ZLC) by  MIT (the world’s leading school of engineering), on the other. Years prior to joining this latter project, I already praised its creation and the commitment shown by the regional government to this project  in this newspaper (April 2004, May 2005). 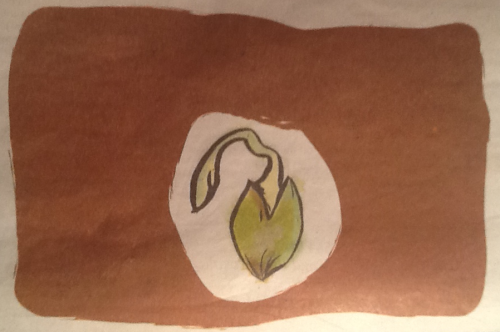 With the advent of the economic crisis, the rules of the game have undergone a profound change. It is no longer about achieving all the goals established at a lower cost, but rather about achieving the greatest number of goals on a restrictive budget. In other words, it has become necessary to establish priorities, because it is impossible to achieve everything, which implies abandoning certain commitments viable in the boom years in order to commit firmly to others. In this regard, it would be disastrous for our region to apply a ‘one size fits all’ economy, attempting to keep all the projects running by reducing the budget of all initiatives, good ones and bad ones, by a similar percentage.

What criteria should be followed to establish which projects should be given priority? Logically, focus should be placed on those projects that are aligned with the strategy of the region, which can be inferred from the electoral program presented by the governing party last year. It stated that Aragón should be a “territory of excellence in teaching”, “achieve an optimal collaboration between companies and University”, “attract international teachers and researchers” and seek excellence “in those areas of knowledge susceptible to becoming niches of excellence comparable with the best in the world”, mentioning logistics as the first example.

In this regard,  Zaragoza Logistics Center has many of the attributes required to be part of the group of initiatives to be focused on. Some examples: The ZLC international masters course has been ranked the best logistics program in Spain in the last two years (El Mundo newspaper ranking). As to collaboration with companies, ZLC worked both with Aragon companies (two consultancy projects currently under way with Saica; seventeen alumni contracted by Transportes Carreras to date, …) and multinationals (the list is long: companies such as Adidas, Amazon, BASF, Caterpillar, Cummins, DHL, P&G or Roche have come to Zaragoza to finance projects or hire students). These brilliant students (from Aragón or from elsewhere) will eventually reach decision-making positions in the multinationals that are now hiring them. And it is then when the investment made will more than yield its return, in the form of job creation, projects or research centers.

The first significant initiative of this kind that comes off shall justify economically the existence of ZLC for more than a hundred years. But we have to give it more time. It is not fair to demand from  ZLC in 10 years of existence something that nobody has demanded from the University of Zaragoza in 450 years. ZLC is still a “start-up” in the academic sector. MIT has just celebrated its 150th birthday. Harvard Business School celebrated its centenary in 2008. Excellence in academia takes its time. It is tempting to forget priorities and focus on short-sighted, short-term projects. But if we really want our region to become a reference for others and not turn it into a piece of land with no hope, we should continue to give our firm commitment to ZLC and other similar initiatives.

To know more about ZLC please follow the link www.zlc.edu.es

Read it in English

In a recent study by EF Education First (www.ef.com.es/epi), the English level of Spaniards was ranked 17th out of 19 European countries, representing 92% of the total European population excluding the UK and Ireland. Only Russia and Turkey obtain worse results than Spain in the ranking.

The graph below shows those 19 countries, given their gross domestic product (GDP) at PPP per capita and their level of English, as measured by the EF EPI index. As you can probably guess, Spain is the red diamond. There is a strong positive correlation between level of English and GDP per capita. English level of countries to the left of the diagonal line, including Spain, is worse than what the GDP of the country would suggest.

Source: own elaboration based on data from www.ef.com and the world bank

Three years ago, the Spanish prime minister, Mr. Rodríguez Zapatero, announced a plan aimed at reaching an ambitious goal: “in ten years, Spaniards leaving high school will speak fluent English,” he solemnly asserted. But reality is quite stubborn and gives today plenty of anecdotal evidence that this will not be quite the case. If you have visited or lived in Spain and tried to communicate in English in the street (no matter the age, old or young,) you know what I am talking about.

It is true that an effort is being done in private and public schools to put a remedy to this situation. A small, but increasingly portion of curricular time is already taught in English, and bilingual education is little by little gaining momentum in many schools. However, a huge problem to implement this plan is that there are not enough native teachers to teach English, thus students do not learn how to speak. Try this: tell a 12-year-old good student to recite a list containing fifty irregular verbs (eat-ate-eaten and the like.) He or she will do it by heart, but will be incapable of correctly pronounce half of them. Let us face it: non-native teachers in Spain do not devote enough time to conversation in class (my group is too large is the usual excuse) and, even if they do, they lack the appropriate phonetics skills; even many of them speak English with an (often strong) Spanish accent.

In the business space, this unfilled educational gap leads to a clear situation of competitive disadvantage when Spanish firms try to compete with other firms in the international arena. It is not a coincidence that Spanish multinationals sell much more in Latin America than its European counterparts, who mainly sell in Europe, a much more natural market in terms of geographic distance. There is a huge language barrier, another one to add to the long list of Spanish barriers to achieve competitiveness.

How to break this vicious circle of low-skilled teachers and low-skilled students without spending enormous amounts of money on élite schools or “imported” teachers?

First, you have to start from the very beginning, taking care of the youngest by not translating cartoons on TV into Spanish  and movies for kids in theaters. Then you do the same for teenagers (first, the Harry Potters, then the twilights, then all the American movies, then…)

Second, the curriculum in schools has to be turned upside down. Start teaching only oral English in elementary school. Use cartoons, movies, and the internet to expose kids to native English. Start teaching writing skills to sixth or seventh graders, when they are ready to absorb grammar easily.

Finally, prevent students from digressing too much by learning other languages, such as German, or Italian, or French. Unless they have a clear vocation towards languages, English will be the only one they will most likely need at work. It is better to speak fluent English than intermediate German, English, Italian, and French.

Following these simple guidelines, in fifteen years, teenagers will have acquired the speaking skills that they lack today. The solution is not that original; see what the blue diamonds in the top-right part of the chart above (Norway, Denmark, Belgium, The Netherlands) have been doing for many years.

These are my two cents; it seems to me like a simple recipe for success. It is going to take a while, so the sooner they start, the better.

A necessary condition for economic growth

The long economic crisis we are going through keeps sending signals about what formulas do not work any longer regarding our particular quest for growth, such as prolonging government expenses on construction or attracting foreign direct investment based on lower wages. The consensus of opinion is that our new economic model should be grounded on R&D and innovation. Easier said than done, and thus it is that our community has kept struggling trying to attract international companies on these areas.

The truth of the matter is that drawing the Googles and the Amazons of the world to Aragon (that, and not less, should be the goal) requires creating the appropriate environment for companies to come. A key issue, which can make or break a deal, is that the executives working for those firms should also have the appropriate incentives to live in our region. And, let us admit it, here it is where our challenges start. Zaragoza is not Madrid or Barcelona; it has not the advantages of large metropolis, and this is a major drawback that cannot be ignored.

It is true that some significant improvements in this regard have been made: today we can drive almost everywhere from Zaragoza along highways, reach Barcelona or Madrid by AVE in less than ninety minutes, and fly directly to some of the large European cities, even if it is à la RyanAir. Furthermore, and partially due to the International Exposition of 2008, these days Zaragoza looks very nice, is quite clean, and happens to be extremely safe.

But there are still some gaps to fill. When corporations make decisions about where to place regional headquarters or R&D centers, one of the key questions to ask is whether the city under scrutiny has an international school or not. Only if the answer is in the affirmative may the city remain on the short list. As of today, a major issue is that Zaragoza does not have a true English international school. The closest we have is what we call bilingual schools, but these are assessed as inadequate by companies, because children are required to know or learn Spanish, a requisite which, admittedly, is not always perceived as desirable or even feasible by their parents. What we need is the English version (maybe public, maybe private) of the Aragonese Molière School.

Such a new school will also create local demand, since an increasing number of parents are aware of how important it is for their children to speak fluent English, an oddity still today in Aragon. This local demand will make the investment even more attractive, but we should keep in mind that the focus has to be on the current opportunity cost, i.e., on recovering the huge amount of money that is left today on the table for not having such a school in the region.

Do we really want to attract top-notch companies to Aragon? If so, then let us pave the path for them to come. The new consejeros of Education, Technology, and Economy should pick up the baton and move this initiative forward. Difficult to achieve? Maybe, but if an Irishman can become an official at the DGA and this newspaper can publish this article in English, it means that something is changing in Aragon, thus there is some hope that an international school becomes a reality and our autonomous region be moved to the next level.